Beverages, Obesity, and Cardiometabolic Health: Where Does the Evidence Lead Us? 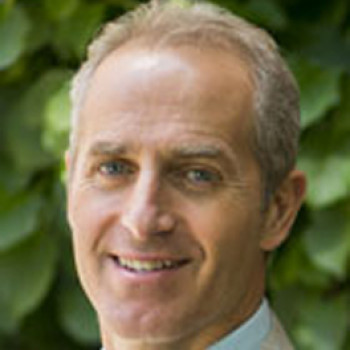 Dr. Mozaffarian will outline the scientific evidence and a model framework for Beverage Guidance, with a focus on obesity and metabolic and cardiovascular health. He will show how such evidence supports specific guidance for consumers on which beverages to consume liberally, which to consume in moderation, and which to avoid.

Dariush Mozaffarian is a cardiologist, professor, and Dean of the Tufts Friedman School of Nutrition Science & Policy, where he holds the Jean Mayer Chair. The only graduate school of nutrition in North America, the Friedman School's mission is to produce trusted science and real-world impact. Dr. Mozaffarian is an authority on the science of lifestyle and CHD from a global perspective; and on systems interventions and policies to most effectively reduce these burdens. He has authored nearly 300 scientific publications and served in numerous advisory roles including for the US and Canadian governments, American Heart Association, Global Burden of Diseases study, World Health Organization, and United Nations. His work has been featured in the New York Times, Washington Post, Wall Street Journal, National Public Radio, Time Magazine, and many other outlets. In 2016, Thomson Reuters named him as one of the World's Most Influential Scientific Minds. Dr. Mozaffarian received his BS in biological sciences from Stanford (Phi Beta Kappa), MD from Columbia (Alpha Omega Alpha), and clinical training in internal medicine and cardiovascular medicine from Stanford and U. Washington. He also holds an MPH from U. Washington and Doctorate in Public Health from Harvard. Before being appointed as Dean at Tufts in 2014, Dr. Mozaffarian was at Harvard Medical School and Harvard School of Public Health for a decade and clinically active in cardiology at Brigham and Women's Hospital. He is married, has three children, and actively trains as a Black Belt (second degree) in Taekwondo. The Friedman School pursues cutting-edge research and education from cell to society, including in molecular nutrition, human metabolism, population studies, clinical trials, nutrition interventions and behavior change, communication, food systems and sustainability, global food insecurity, humanitarian crises, and food economics and policy Friedman School graduates are active in academics, policy, advocacy, government, industry, public health, community service, and entrepreneurship. The School's unique breadth and scope make it a leading institution for nutrition education, research, and public impact.