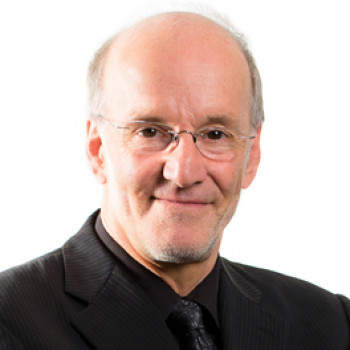 The relationship between calcium intake and obesity was initially documented at the beginning of the eighties when American scientists reported a suboptimal calcium intake in individuals classified in the upper centiles of the BMI distribution in a large population study. Despite this interesting observation, this issue has only drawn the attention of scientists and health professionals interested by obesity in year 2000, when a group led by Professor Michael Zemel published a paper presenting three studies consistently demonstrating a role of calcium intake in lipid metabolism influencing body fatness. The same research team subsequently performed the first clinical trial being specifically designed to investigate the impact of a calcium supplementation in obese individuals characterized by a low calcium intake. Their results showed that calcium supplementation accentuated mean body weight and fat loss. In addition, the impact of the supplementation was even more pronounced when dairy was used as a vehicle of the calcium supplementation, suggesting that other constituents of dairy food, e.g. proteins, might contribute to the effects of dairy on body weight management.

Metabolic syndrome in aging populations: compromised musculoskeletal health and potential dietary interventionsConcomitant research has provided some explanations of these effects on energy/fat balance, including an increase in lipid oxidation and fecal fat loss via the formation of insoluble fat soaps. A calcium-specific appetite control has also been proposed on the basis of research in animals submitted to calcium deprivation and being subsequently refed with the possibility to express a preference for a calcium-containing beverage. Accordingly, our recent clinical trials have shown that calcium or dairy supplementation can accentuate body weight loss in obese individuals via a facilitation of appetite control. For instance, we reported several years ago that the supplementation of calcium + vitamin D in obese very low calcium consumer women substantially increased body weight and fat loss in association with a strong decrease in spontaneous lipid intake.

Professor Angelo Tremblay obtained his BSc in Education, MSc in Nutrition and PhD in Physiology in Laval University, Quebec City. Currently a professor in the Department of Kinesiology, he is internationally reputed in obesity research. His investigations are mostly oriented towards the study of factors influencing energy balance in humans with the intent to improve obesity management. Recently, his research has been focused on the study of non-traditional determinants of obesity such as short sleep duration, low calcium/dairy intake, suboptimal feeding behaviors, demanding cognitive effort and persistent organic pollutants. He has published over 615 scientific papers and was the recipient of awards, including the Distinguished Lecturer Award offered by the Canadian Obesity Network in 2011. He is holder of the Canada Research Chair in Environment and Energy Balance.