CNS 2019: Reviewing the evidence about micronutrient and prevention of cognitive decline 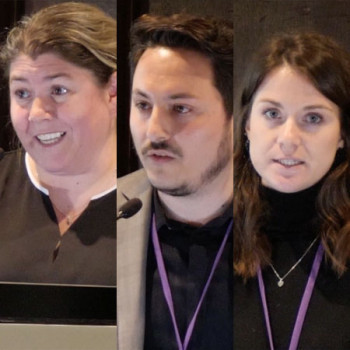 This session aims to outline where we stand now about the evidences regarding a link between micronutrients intake and prevention of cognitive decline. We want to focus this session on the knowledge generated in animal and clinical trials and contrast this information with prospective studies. The different micro-nutrients that will be presented are omega-3 fatty acids, vitamin A, B and D. This session will also discuss briefly about multo-domain intervention in the prevention of cognitive decline as to whether it is necessary to include different domain of action to have better chances to prevent cognitive decline.The kearning objecties of this session will be 1. To get an upadate about different micronutrient intake and cognition and prevention of its decline during aging. 2. To understand the different evidences obtained in animal models, vs clinical trials vs prospective studies.

Benjamin Allès: Associations between diet and cognitive functions: results from observational studies based on the SU.VI.MAX and Nutrinet-Santé cohorts

As Alzheimer's Disease has become a major burden in aging societies and no efficient treatment is yet available. Thereby, research has been focusing on preventable and modifiable risks factors such as nutrition. To date, no dietary intervention among those used in clinical trials has been identified to delay cognitive decline. However, in observational studies, diets such as Mediterranean diet or the MIND-diet have been reported associated with better cognitive functions. The SU.VI.MAX and Nutrinet-Santé cohort studies allowed to collect data about both dietary habits and cognitive function in French adults. Observational studies based on these cohorts were conducted to assess the relationship between specific nutrients such as polyunsaturated fatty acids or dietary patterns and cognitition. They confirmed that individuals adhering to French nutritional guidelines or a priori determined diet such the MIND diet were more likely to have better cognitive functions.

Further longitudinal studies, especially those studying the relationship between specific DP and cognitive function are still required to confirm the preventive role of nutrition in cognitive decline and AD.

Nancy Presse: Challenges in investigating the role of micronutrients in cognitive decline: Food for thought!