Ketones for brain energy rescue in aging: Implications for the treatment of Alzheimer’s disease 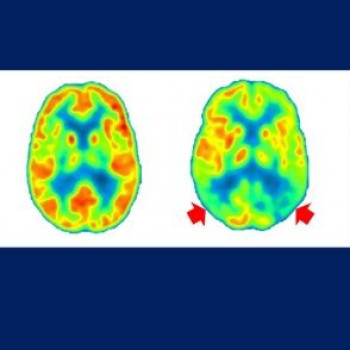 This webinar will propose that brain energy deficit is an important pre-symptomatic feature of Alzheimer's disease (AD) that requires closer attention in the development of AD therapeutics. The rationale is fourfold:

(i) Glucose uptake is lower in the frontal cortex of people >65 years old despite cognitive scores that are normal for age.

(ii) The regional deficit in brain glucose uptake is present in adults <40 years old who have genetic or lifestyle risk factors for AD but in whom cognitive decline has not yet started. Examples include young adult carriers of presenilin-1 or apolipoprotein E4, and young adults with mild insulin resistance or with a maternal family history of AD.

(iii) Regional brain glucose uptake is impaired in AD and mild cognitive impairment (MCI), but brain uptake of ketones (beta-hydroxybutyrate and acetoacetate), remains the same in AD and MCI as in cognitively healthy age-matched controls. These observations point to a brain fuel deficit which appears to be specific to glucose, precedes cognitive decline associated with AD, and becomes more severe as MCI progresses towards AD. Since glucose is the brain's main fuel, we suggest that gradual brain glucose exhaustion is contributing significantly to the onset or progression of AD.

(iv) Interventions that raise ketone availability to the brain improve cognitive outcomes in both MCI and AD as well as in acute experimental hypoglycemia. Ketones are the brain's main alternative fuel to glucose and brain ketone uptake is still normal in MCI and in early AD, which would help explain why ketogenic interventions improve some cognitive outcomes in MCI and AD.

It is suggested that brain energy deficit needs to be overcome in order to successfully develop more effective therapeutics for AD. At present, oral ketogenic supplements are the most promising means of achieving this goal.

This webinar will show:

1. The importance of ketones as a physiological energy substrate for the brain.

2. That brain energy problems are specific to glucose and occur pre-symptomatically in Alzheimer's disease, i.e. before cognitive decline.

3. That brain ketone metabolism is still normal in Alzheimer's disease and that ketogenic interventions can reduce the cognitive deficit in mild cognitive impairment in relation to the degree to which they can rescue brain energy metabolism.

Dr. Cunnane studies the implications of deteriorating brain fuel metabolism during aging for aging-associated cognitive decline and Alzheimer's disease. His team was the first to conduct dual tracer PET imaging studies of brain ketone and glucose uptake, and the first to show that the energy status of the Alzheimer brain can improved by ketones. This work led to them showing that a ketogenic supplement can improve cognitive measures in the pre-Alzheimer stage - mild cognitive impairment - in direct relation to the increase in brain ketones.

Dr. Cunnane has published over 300 research papers and five books, two of which highlight the key role of ketones in human brain evolution. He was elected to the French National Academy of Medicine in 2009. In 2016, he was honored as a Fellow of the International Society for the Study of Fatty Acids and Lipids (ISSFAL). He received the Chevreul Medal from the French Society for the Study of Lipids in 2017 for his research on fats, nutrition and health. In 2018 his team won the Université de Sherbrooke's top research prize for clinical sciences. He consults for various companies interested in keto-therapeutics and is testing a new family of ketogenic compounds.