Nutrient profiling for the restriction of the commercial marketing of unhealthy foods and beverages to children: key considerations 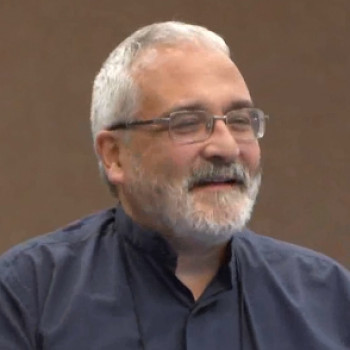 The World Health Organization suggests that limiting the marketing of foods and beverages of lower nutritional quality to children can be an effective public health initiative for reducing the burden of the obesity epidemic worldwide. A number of countries have already taken a step forward in that direction, including Brazil, Chile, Denmark, Ireland, Korea, Mexico, New Zealand, Norway, Singapore, and the United Kingdom. As part of its new Healthy Eating Strategy, Health Canada has also recently committed to introducing such restrictions in the country. By being built using objective, standardized, and transparent criteria, nutrient profiling methods represent valuable tools to distinguish between different foods according to their nutritional quality, or degree of healthfulness, for the purpose of marketing restrictions. This symposium therefore aims to highlight the key considerations (e.g. compulsory vs. voluntary approach; nutrients and food components to be considered; choice of thresholds; etc.) relative to the development or adaptation of a nutrient profile model for marketing restrictions. Current international efforts in the area will be described, and considerations and challenges specific to the Canadian context (e.g. availability of nutritional data) will also be presented and discussed. Presentations will be given by two renowned researchers in the field: Mike Rayner, Professor of Population Health and Director of the British Heart Foundation Centre on Population Approaches for Non-Communicable Disease Prevention, Nuffield Department of Population Health, University of Oxford, UK, and Mary R. L'Abbé, Earle W. McHenry Professor and Chair, Department of Nutritional Sciences, University of Toronto.

In October 2016, Health Canada committed to introducing restrictions on the commercial marketing of unhealthy foods and beverages to children (M2K) as part of its Healthy Eating Strategy. While various stakeholders in the country advocate for a complete ban similar to the Québec Consumer Protection Act established in 1980, implementing such a ban is not always feasible, depending on the legislation system in place. However, much can be learned from other countries that are currently using nutrient profile (NP) models to objectively identify which foods and beverages are eligible or not to be marketed to children in various media channels. Before deciding on an approach, evaluating the applicability of potentially relevant NP models to a representative sample of food products available in the country is of high importance. Based on the results of a comprehensive systematic review of the literature conducted in 2016, this presentation will first focus on the current evidence regarding the use of NP models for the restriction of M2K worldwide. The second part will then highlight the various considerations related to the application of potential NP models to the Canadian food supply, using results from the University of Toronto Food Label Information Program (FLIP) database. Following this presentation, the audience will be able to: 1) describe the major characteristics, strengths and weaknesses of NP models used in other countries for the restriction of M2K, and 2) understand the issues specific to the Canadian context regarding the use of NP for restricting marketing of 'unhealthy' foods.