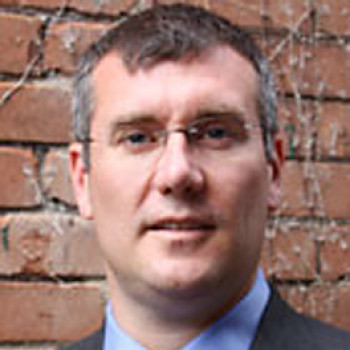 The brain is especially enriched with the polyunsaturated fatty acids (PUFA) docosahexaenoic acid (DHA) and arachidonic acid, while being virtually devoid of other PUFA such as eicosapentaenoic acid (EPA). It has been suggested that the plasma supply to the brain regulates brain PUFA levels and replaces PUFA consumed in the brain. Candidate plasma pools that supply the brain with PUFA include the plasma unesterified pool, PUFA esterified to lysophosphatidylcholine or the uptake of PUFA-containing lipoproteins via lipoprotein receptors into endothelial cells of the blood brain barrier. This paper will first present recent basic studies that have examined the role of lipoprotein receptors and the kinetics of candidate plasma pools which supply the brain. Upon presenting evidence that the plasma unesterified pool is a major source of brain PUFA, especially for DHA, I will describe how rapid metabolism also maintains very low levels of certain PUFA, such as EPA. Because fatty acid uptake into the brain can be imaged in humans, we can now, for the first time, estimate brain PUFA, including DHA, requirements. The paper will conclude with a discussion on how diet can maintain brain DHA levels and function with a focus on marine and plant based omega-3 fatty acids

Dr. Bazinet received his BSc from the University of Western Ontario and completed his PhD under the supervision of Dr. Stephen Cunnane at the University of Toronto in 2003. Dr. Bazinet, then, completed a postdoctoral fellowship in Dr. Stanley Rapoport's Brain Physiology and Metabolism Section at the National Institute on Aging, National Institutes of Health. Dr. Bazinet joined the University of Toronto in 2006, where he is currently an Associate Professor and Canada Research Chair in Brain Lipid Metabolism. Dr. Bazinet is the recipient of several awards, including the Early Career Award from the International Society for the Study of Fatty Acids and Lipids; the Jordi-Folch-Pi Memorial Award from the American Society for Neurochemistry; the Future Leaders Award from the International Life Sciences Institute and the Young Scientist Award for the American Oil Chemists, Society. Dr. Bazinet sits on several editorial boards and is currently Editor-in-Chief of Prostaglandins, Leukotrienes and Essential Fatty Acids as well as a Senior Associate Editor of Lipids. The overall goal of Dr. Bazinet,s research program is to identify the mechanisms that regulate brain lipid metabolism (signaling) and to identify the role of brain lipid metabolism in the pathogenesis of neurodegenerative diseases and neuropsychiatric disorders. Dr. Bazinet has published over 90 papers, largely in the field of brain fatty acid metabolism and is co-author of the joint WHO/FAO joint expert consultation on dietary fats and the central nervous system during aging and disease.